Posted on April 27, 2017 by kellymarietheartist

How to prepare foraged seaweeds

After coming in from the beach at Cornwall, Caroline showed me how to prepare the seaweed we had brought in that day. In particular, I needed to wash the laver, sea spaghetti and sea lettuce.

Put the laver in a large dish and fill with cold water. Pick up the laver a handful at a time, keeping it under the water. Still holding the seaweed under water, shake the sand out from the folds in the leaves of the laver. Transfer the handful into another container of cold water. Do this until the bowl is empty – there should be a lot of sand in the bottom of the first bowl. Keep rinsing and repeating until there is no sand in the bottom of your bowl. Drain the laver and either dehydrate or cook as planned. 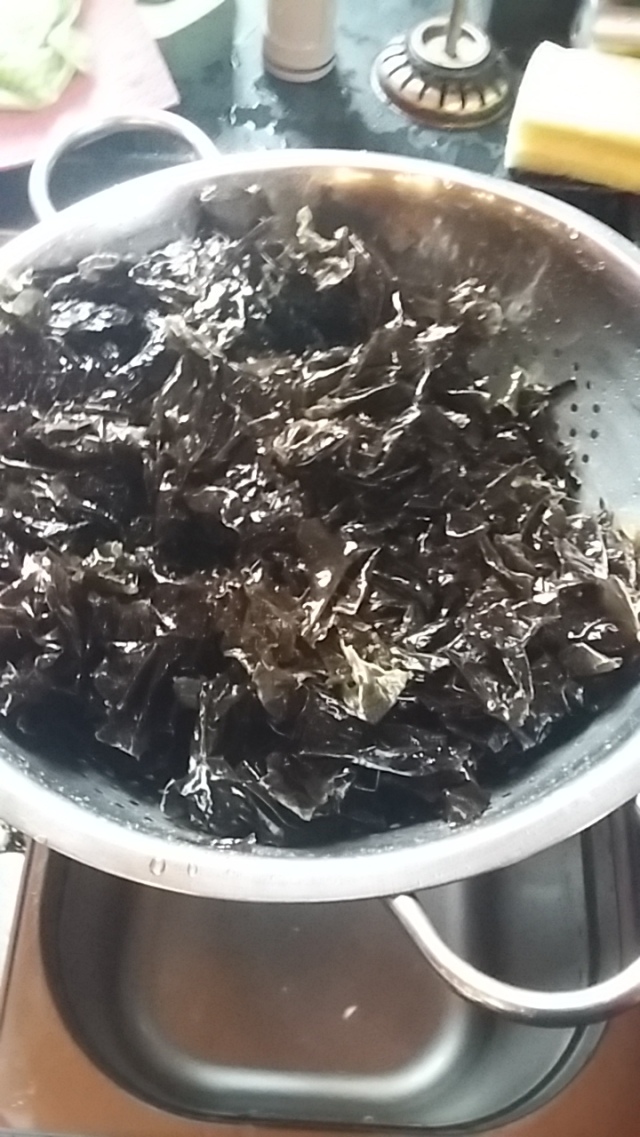 Laver takes a really long time to wash clean, but at the end you end up with wet, strong sheets of fine laver seaweed. It is thin as paper, strong, flexible and in its current raw state, very chewy.

Ways to cook with laver:

Caroline recommends dehydrating and crushing the laver into large flakes in a pestle and mortar, and adding them to recipes a tablespoon at a time. The range of recipes these can be added to is very broad, don’t be afraid to experiment! Caroline often makes a seaweed focaccia she sprinkles them over before baking, and I like to add them to chicken soups for the flavour. Here you can find a recipe for cockles, laverbread and Welsh bacon, and another for a slow-cooked pork and laver casserole. 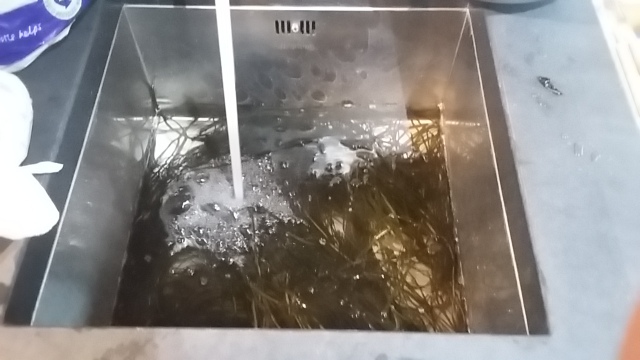 Caroline had pre-picked, washed and/or dried some of the other seaweeds including the kelp and pepper dulce for the workshop. After a few hours picking, washing and preparing the foraging workshop seaweeds, we had the following selection:

Another interesting fact about seaweeds and foraging is that the only seaweeds poisonous to humans grow deep underwater. Anything you find growing, attached to a shoreline is at least non-toxic. It might not taste great though. This is why finding and working with Caroline over the last few weeks has been so valuable in our travels. She has shown us so much!

Foraging for seaweeds in Cornwall.