Posted on March 17, 2017 by kellymarietheartist

Trying my hand at a new kind of preservative process…pickling in hot vinegar! There is a lot of homemade apple cider vinegar available at the moment, as well as excess veggies in the garden starting to turn on the bush. I am also staying with an expert in preserves, it is all coming together for pickling capsicums!

This first attempt at pickling is to pickle some capsicums in the hot apple cider vinegar. I also have a lot of Thai chillis to use, but they are so hot I am planning to pickle most of these separately into some kind of “tough man pickle” for the hardcore types, and to put in hot drinks with a bit of honey during cold and flu season. 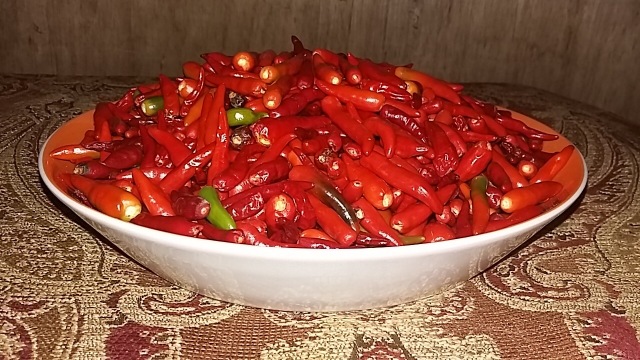 The garden where we were staying had a lot of capsicums (pimentos) growing at the end of their season. I used red and green pimentos, with garlic and Thai chillies for an extra kick of flavour and spice. Only a few of the jars I crammed with capsicum flesh have chilli in them, and I used this very lightly – one chilli, de-seeded, per jar for the mildly wild and and the flesh of five chillies for the wild.

While I was preparing the pickle our host, Theresa was making mandarine marmalade and had some excess zest. I used this zest in the chilli pickle to add an extra citris flavour, and a little bit in one of the pimento jars.

I started by washing the fruits and cutting the capsicum into 1cm thick rings, (more or less) and roughly chopping up a full bulb of garlic for mixing around the pimentos in the jars. 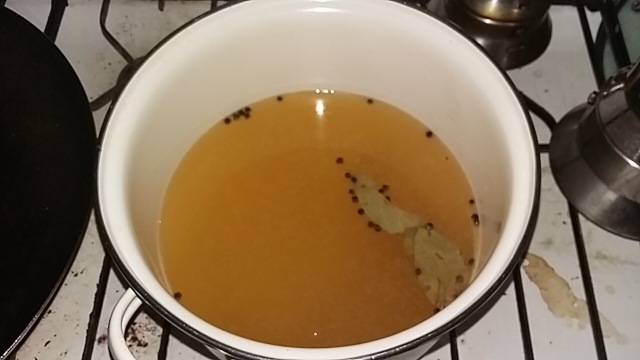 Heat up the vinegar until it begins to simmer, but not boil. Pour the vinegar in around the capsicum mix, leaving about 1cm headspace at the top of the jar. Seal, turn upside down to test the seals, wipe and place in a water bath for an hour.

I waited about a fortnight before opening the first jar, to allow time for the capsicum to absorb all the flavours and get that ‘pickled’ consistency. 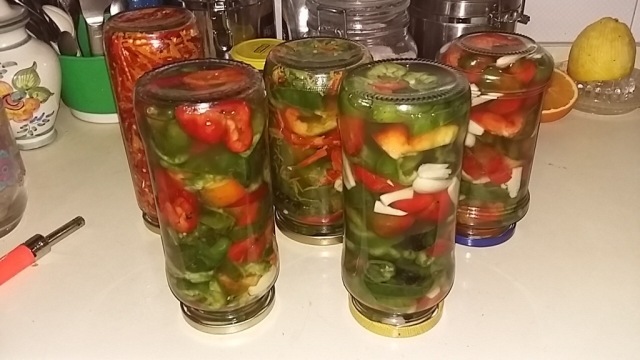 Different amounts of chillies in the jars gave me my four flavour variations; mild, mildly wild, wild, and bugfuck insanity.

This is my foray into the world of pickles and vinegars, but I have eaten the jar of the mildly wild pickles and they were pretty tasty, sweet, and still a bit crunchy. I have really enjoyed pickling capsicums while on the road with my host family, it was truly a pleasure to learn more about making preserves, and how to make a hot pickle using apple cider vinegar.

Related forays into the world of foraging and preserves;

3 Responses to Making pickles in Andalusia